1989-1994          Designated assignment as CEQA counsel for the County. Represented the Board of Supervisors, the OC Sheriff’s Department, OC Environmental Management Agency, and various other county departments in environmental and land use litigation.

After a twenty-five year career as a judge of the Orange County Superior and Municipal Courts, Hon. David Chaffee (Ret.) brings a wealth of civil litigation experience to bear as a neutral at ADR Services, Inc. Eighteen of his years on the bench were devoted to general civil trial work, with an additional almost two years assigned to handle probate and mental health calendars and trials. Considered approachable, friendly, and courteous, Judge Chaffee was named the recipient of the 2012 Civility Award by the Orange County Chapter of the American Board of Trial Advocates.

In addition to presiding over hundreds of civil jury, court trials, and probate trials covering a wide array of civil disputes, Judge Chaffee's experience prior to his appointment to the bench also provides him with unique insight into a number of civil practice areas. Immediately after law school, Judge Chaffee served as a Deputy Attorney General for the California Department of Justice for four years, where he handled numerous criminal appeals, federal civil rights and habeas corpus litigation, criminal trials, and administrative and licensing matters. Moving to the Office of the County Counsel for the County of Orange, Judge Chaffee then handled probate cases for six years, followed by a five year assignment handling tax litigation representing the Assessor and Tax Collector. He then spent five years as the County’s designated CEQA counsel, handling environmental and land use litigation, before being appointed to the bench in 1994. 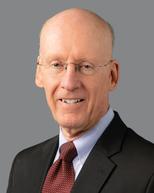